I am trying to set up a simulation of the Ergo Jr. with V-REP, and I got through the installation of V-REP without any problems (as far as I can tell) by following the instructions on the Poppy website, but I hit a problem on the Test your installation section. I opened V-REP and the Anaconda Prompt and typed

like it said to, but instead of giving me the error message the site said it should, I got this:

A model of the robot showed up in V-REP, but as far as I can tell I can’t do anything with it, and when I try to keep on following the steps to control it with Jupyter it doesn’t work.

I just tried your suggestion and I got the same error message, albeit with a few extra lines of code beforehand. According to google the error has something to do with how the computer is processing text files, but I don’t know why that would be. 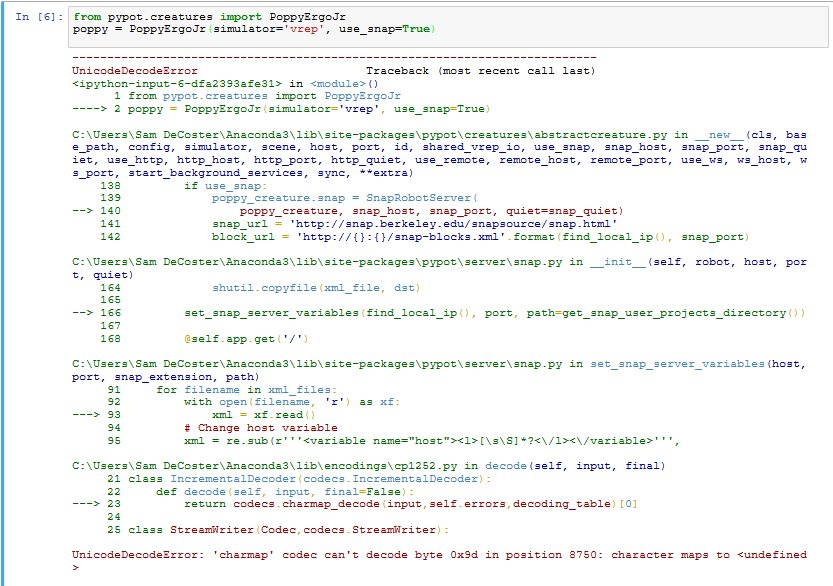 try it and tell me

Have you try my patch? It works ?

Sorry I didn’t reply sooner, I haven’t had my computer for the past week. It worked perfectly. Thanks for the help.