Has anyone managed to successfully run poppy humanoid on battery?
Just wondering what might be the best place to position a battery and other experiences.

@Thot has lots of experience on this.

Yes, I inserted two batteries in each thigh, but I have a beta version of thigh. I will check insertion in a version version 1.0 thigh.
Here is a photo. And the reference of the battery below.
http://poppy.discourse.group/t/danse-contemporaine-school-of-moon/1567/41?u=thot

Great, Thanks
I think I’ve got a couple of lipos around that size, I’ll try them out.

I know I’m little preempting the update for the Poppy Seed (the Poppy with XL-320), but one of the design decisions was to include batteries in the feet: 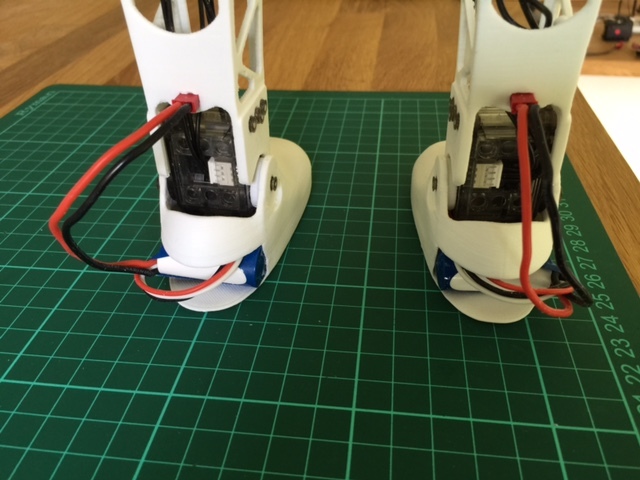 I use 2s 1000mA Lipos (because of the XL-320) and I have one in each foot.
The batteries can slide in and out of the foot and fit snugly there. The hole in the thigh where the battery cable goes in is shaped in the form of the JST plug hence acting as a polarity control. 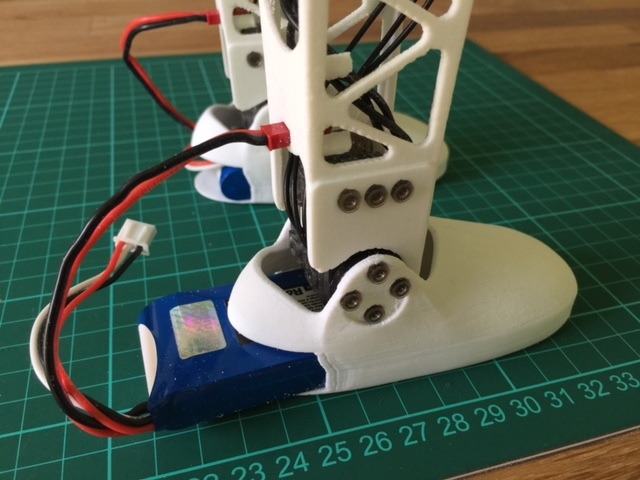 The trick was how to inject the power into the bus (since they are two of them). The initial idea is to include a Schottky diode in series with each battery - but that would make us loose 0.3-0.4V which from the 7.2V of a standard 2S lipo is quite a lot. Secondly a 0.3V x 3A (let’s assume an average of 3A from that battery) ~=1W dissipation which is on the high side and most likely it will get very hot.

So I found this “smart diode” that acts like a Schottky diode but behind is actually a MOSFET with some complicated control that allows it to behave like a Schottky diode with only a 28mV forward voltage! So I placed it on a board and included a Molex for the XL bus (it is not yet soldered in the picture): 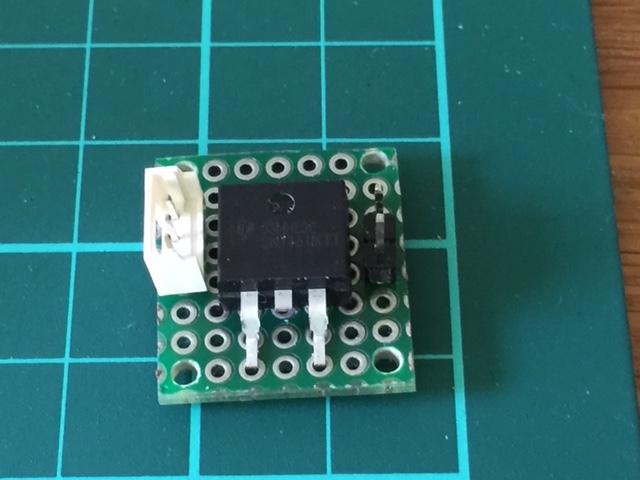 The pins on the right are for the JST plug of the battery and then you can just use a normal XL cable to connect the last servo in the foot. That injects the power in that Dynamixel bus. If ultimately all are connected together you end up with a 2000mA power supply for the whole chain that should be enough for 30min of operation. The very nice thing about this approach is that the two batteries are hot-swap: you can pull one battery out and replace it with a new battery while the whole chain is still powered, then replace the other battery. That means you don’t need to shut down the robot - something that is quite inconvenient for a Raspberry Pi or an Odroid.

The board fits on the lower thigh on some studs: 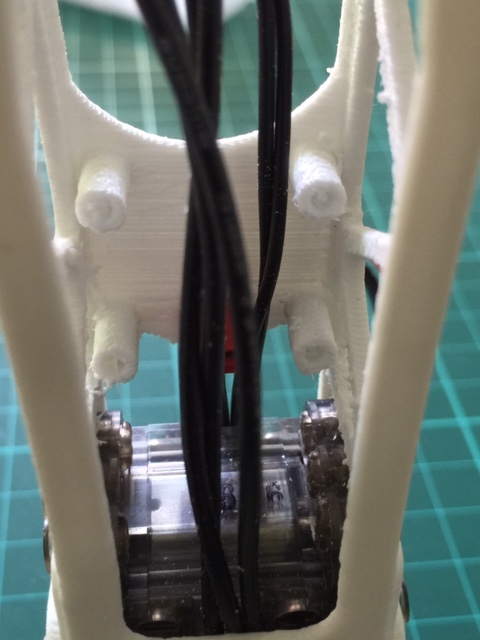