We are fairly new to both Poppy Ergo and Raspian, so it is possible we have not identified the problem correctly. We are using a Raspberry Pi 3 B v1.2 as the host to connect to the Raspberry Pi associated with the Poppy Ergo. Previously, the interface for “Snap” and “Monitor and Control” seemed to work fine, but now they only take up a narrow horizontal band at the top of the browser window. Here are some images to show what we’re seeing: 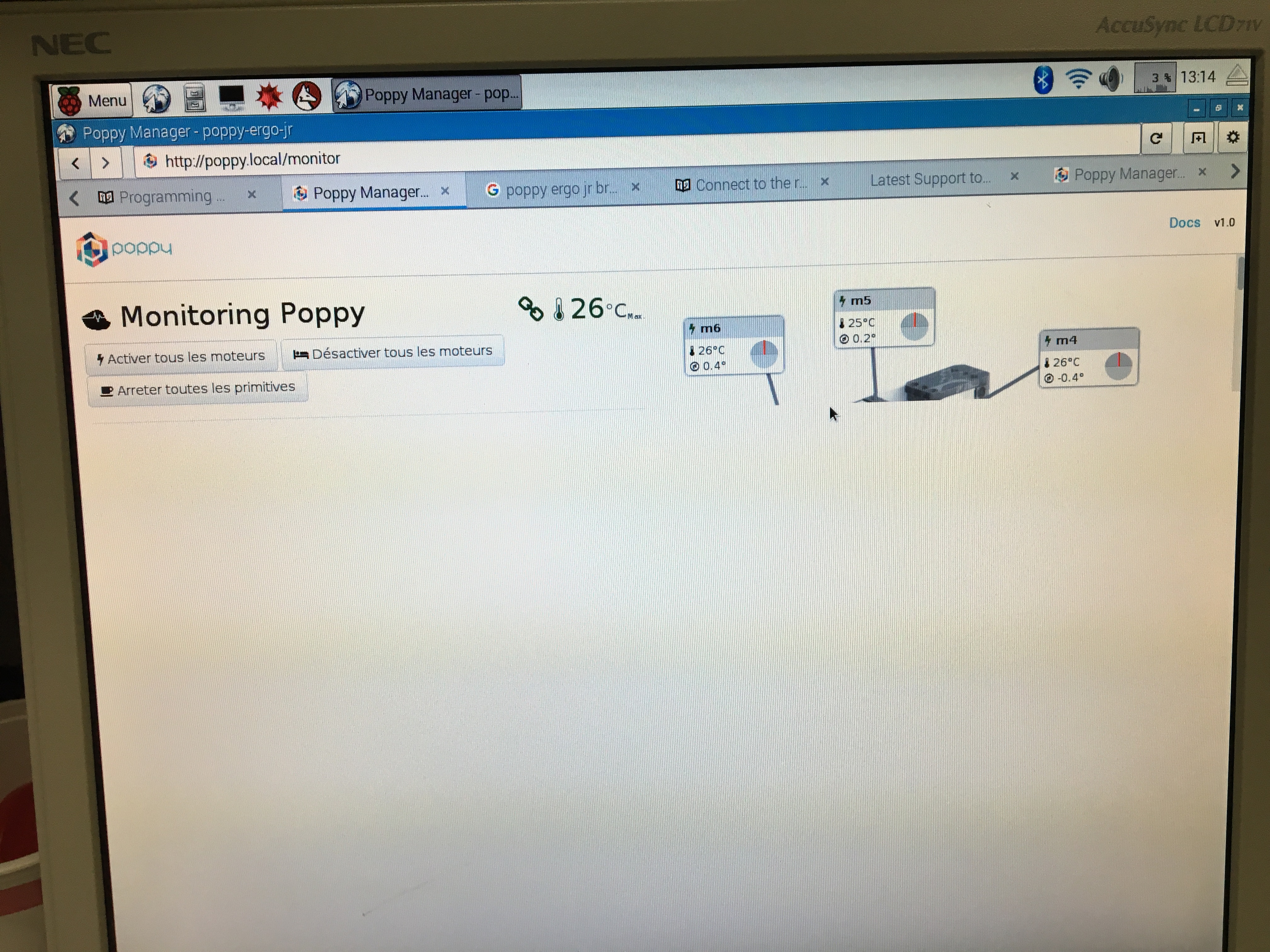 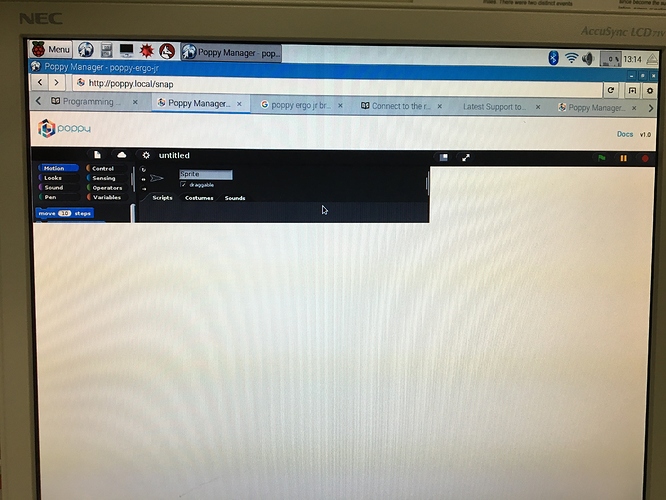 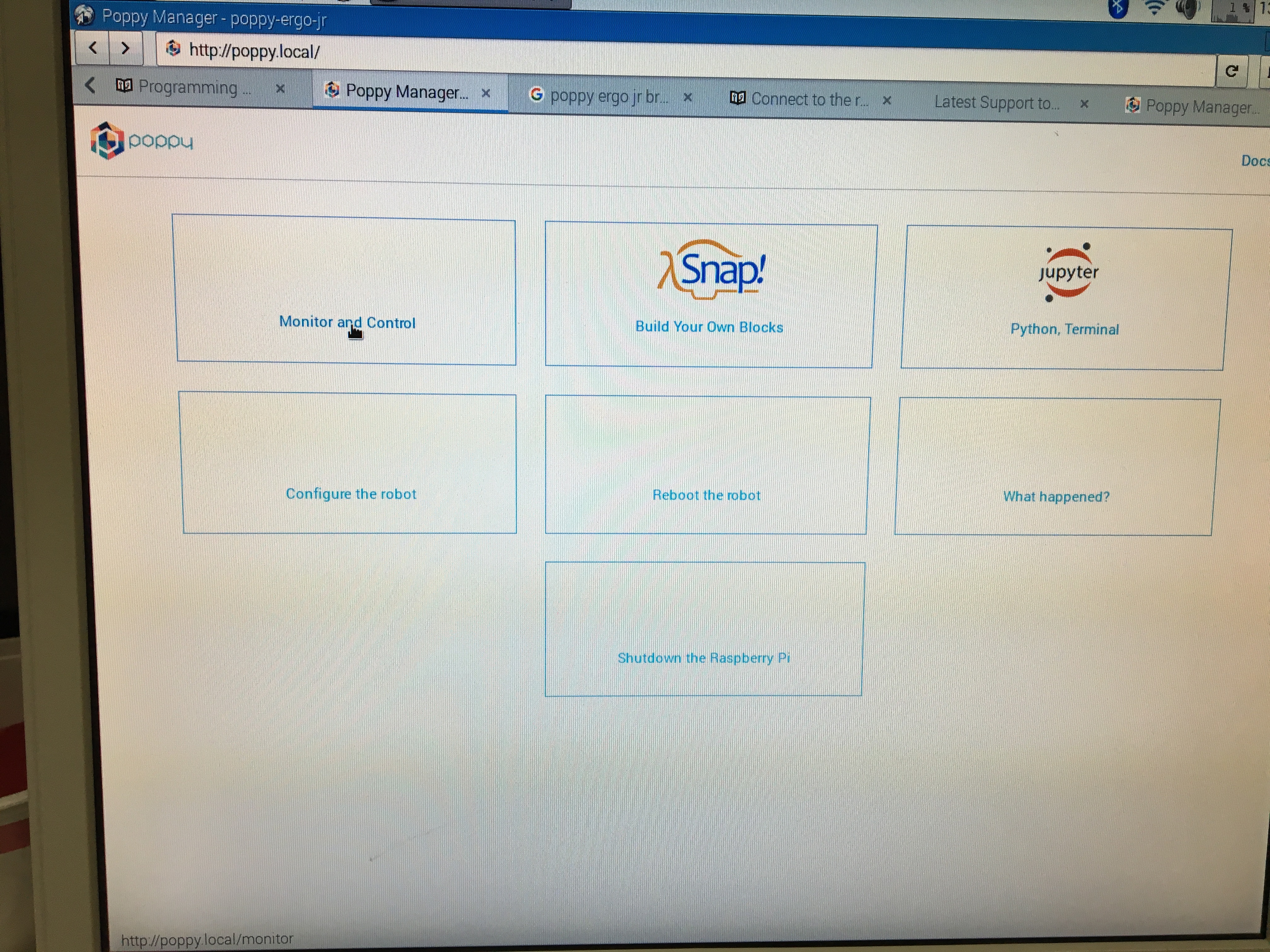 File_001.jpeg4032×3024 4.28 MB
We’ve tried using different browsers (Epiphany and Midori) but the result is the same. We even re-burned the micro SD card image in case that had been corrupted, but the result was the same. I imagine there’s probably a really simple fix, but we’re at a loss, and it does not appear possible to do Snap programming as it is. We can scroll in the “Monitor and Control” page to access the built-in functions but that’s about it.

Thanks for any assistance!

Hi,
I never encounter that issue. Could you test with chromium browser instead (sudo apt-get install chromium-browser if not installed) ?
The logo on the second screenshot may be “just” a connection issue, but the first one looks like more to a bad hardware acceleration issue.

Hi Theo! Thank you so much for replying. I did install Chromium, but for some reason it would not start. Then Ephiphany would not start either. So I uninstalled Chromium and Epiphany started working again, so I am not sure exactly what is going on there.

However, my wife took a look and gave us what appears to be a work-around. In Midori, she used the “Inspect page” feature to see what was going on, and it appears that an iframe setting is causing what we’re seeing. By adding “height: 100%;” it now fills the screen and is usable! The downside is we need to do that every time we start Snap. But at least it is connecting to the robot and appears to be working, as I was just now able to follow @Stephanie’s directions here to run example code! Super exciting!

Here are the after and before screen shots with the iframe height change: 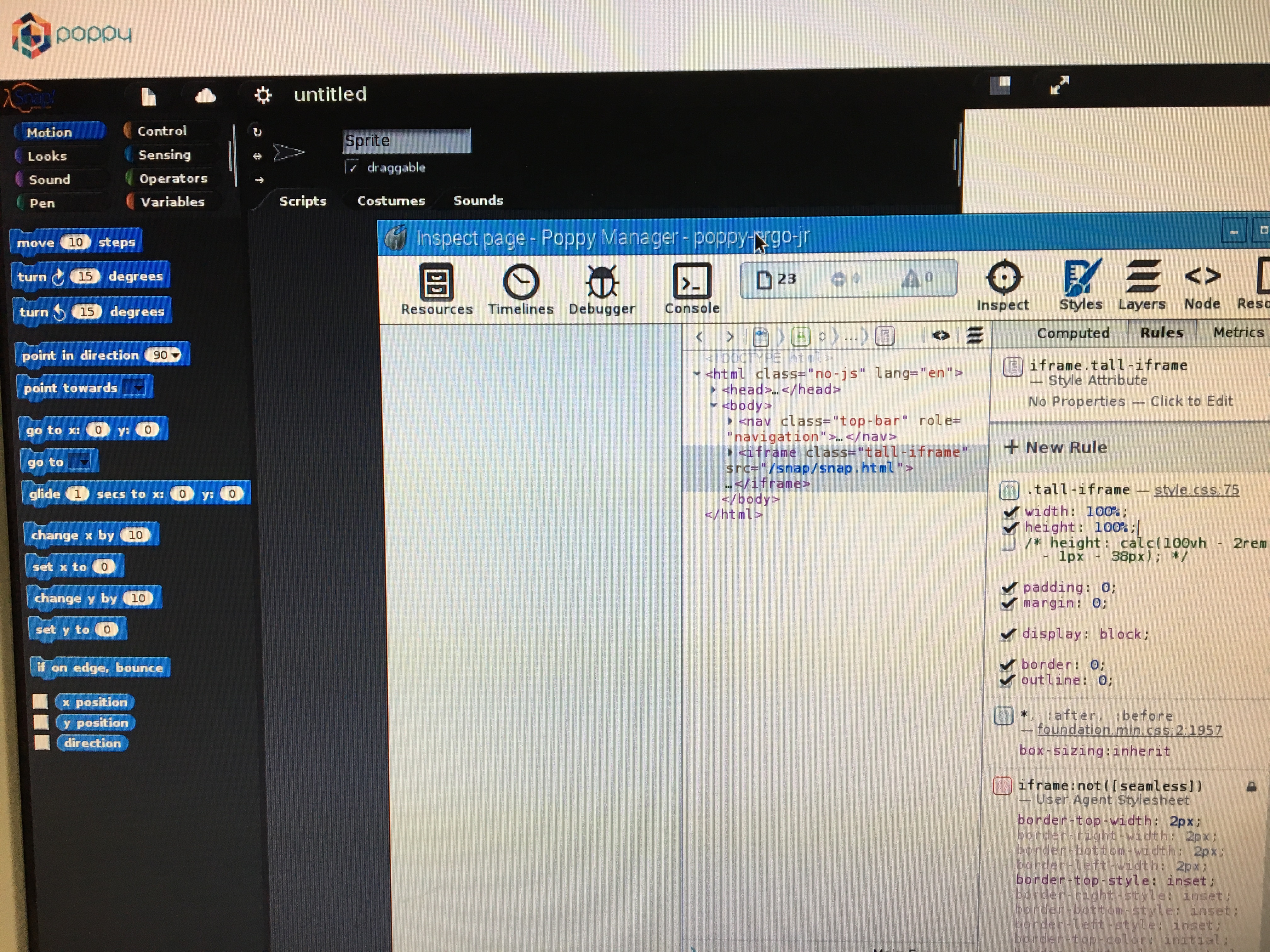 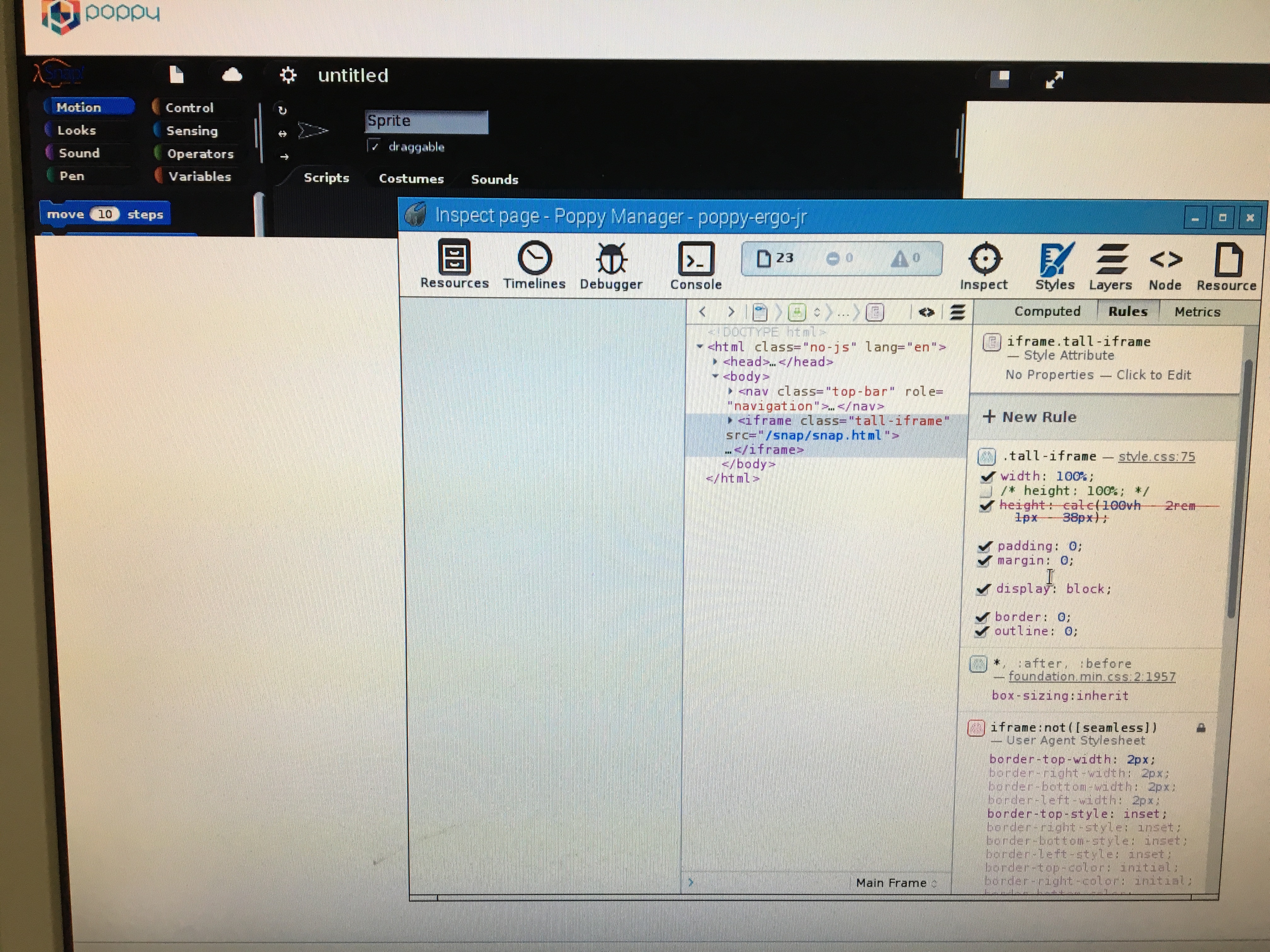 I sshed to poppy.local with password raspoppy to try to find where to change it there, but that did not really go anywhere. My wife said something about changing a .css file to fix it but I don’t know where to find it. Do you?

Hi,
I’m sorry, I forgot to answer.
You have to change the CSS of the home page, called puppet master. You can change it from Jupyter:

Thank you Theo, it worked!